Voice over IP (generally through internet) has been in popular use since the late 1990’s.  Using a computer to call another computer and transmit voice and video was the first iteration and was in use until about 2001.  I remember frequently talking and watching an associate in Taiwan and Germany using Microsoft NetMeeting in 1997.

Skype, Net2Phone, Komodo (now Cisco) and a myriad of other services have been fashionable since 2000.  These companies would let you use your computer to encode your voice to be sent through the internet to a local calling hub in major cities.  At which point a local phone would dial the person you were trying to connect with.  The receiver of your call did not have to have a computer or care that you were using one.

SIP Phones are appliances that connect point to point through any IP based network, like the internet.  There is no local calling.  All voice transmissions stay on the IP network and never touch traditional phone networks.  This technology has been out for about two years but has yet to gain widespread popularity largely because the geographic areas that have reliable high speed internet available at a reasonable price, usually have very cheap long distance rates.  This of course does not hold true for International calling and that is where the business is now focusing.

You can now buy a “real” phone number to attach to your SIP phone which allows people without SIP phones to contact you directly.  The big advantage to this is that you can buy a number in THEIR calling area so they are not calling you long distance.  This process is the reverse of the Skype, Net2Phone concept.

The SIP hardware has changed substantially in the last year.  Previously, you needed an actual SIP Phone, which looked just like a regular phone but had an Ethernet jack rather than a phone jack.  Today, SIP’s are changing to simple firewall devices that bolt onto your home network and require a regular phone to be plugged into them.  They have also expanded into “soft-phones” which are exactly the same Skype and Net2Phones service.

I am not the first observer to note that traditional Telco’s are in as much trouble as traditional Television broadcasters.  As internet costs decrease and bandwidth increases, telephone companies are changing to VoIP which dramatically reduces transmission cost and allows the Telco’s to further reduce long distance rates.  I believe Bell Canada made an announcement last year that indicated they are planning to change their entire long distance infrastructure to VoIP over the next decade.

The latest trend, promoted by Vonage and Shaw Cable among others, is to use your regular telephone to connect to your high speed internet and transmit your voice in the same way Skype and Net2Phone do.  In this scenario, both the originator and the receiver of the call use traditional telephone devices but the network connecting them has nothing to do with traditional telephone switching.  Often users of these services are unaware that they are using the internet to transfer their voice.

I believe that SIP phones are likely ‘catch on’ for very long distance users where reliable high speed internet exists but services provided by Vonage and Shaw will dominate the larger markets because of their ease of use and device familiarity. 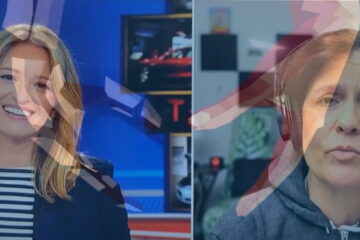 SOLVED: VIDEO: Will AI like ChatGPT Put Humans Out of Work?

Artificial Intelligence like ChatGPT has the potential to automate certain tasks and make them more efficient, which could lead to job loss in certain industries. However, it is important to note that AI can also Read more… 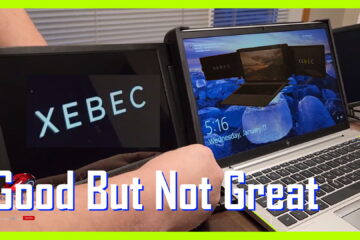 In this video we unbox setup and review the Xebec Tri Screen 2 laptop expander. It is simply two clip on screens for your laptop you can work from anywhere without sacrificing productivity with triple Read more… 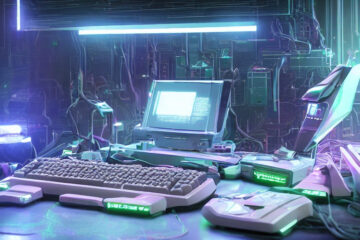