SOLVED: How to Protect Yourself from Scams when Buying Bitcoins

The Bitcoin market isn’t going anywhere. The undisputed current champion of cryptocurrency has been the biggest name in this burgeoning form of finance for a while now and appears poised to carry this legacy into the future. As with any market, especially one based on finance, there is a not-inconsiderable amount of danger when it comes to the protecting both yourself and your investment from thieves, however.

This is an especially big threat when it comes to cryptocurrencies like Bitcoins because of the largely anonymous nature of the currency and its digital nature. People have their own bitcoin or dogecoin wallet and keeping it safe is important. In this article, we’ll go over a few of the safety precautions which Bitcoin users can use in order to protect their investments and help ensure their future trades. Note that these aren’t the only security issues relating to Bitcoin, as there remain problems like cryptojacking, which are dangerous and annoying in different ways.

Exchanges tend to be the most common form of Bitcoin trading, based on how simple the process often is. Here, users can take advantage of various online websites which act as somewhat official trading stations – rules and security included. The biggest of these names being Coinbase, Bitstamp, and Cryptsy, while there are many more. The main benefit of these systems comes down to simplicity. Less waiting around, less required back and forth, and more trading. The cons, however, can be numerous.

Firstly, whenever a user is trading over the internet, they run the risk of interception. While the websites themselves tend to be very secure, this is not always the case. This is why you should avoid newer exchanges if you can, as scammers have been known to set up exchanges. Users should also be certain that they have scanned for viruses and malware on their system before trading. There is an increasingly large amount of malware which acts to intercept these trades and steal the coins before transmission is complete, so having a clean computer is a must.

This sort of trading commonly revolves around the trading of cryptocurrencies for other types of online currency. This can be simple cash or something a little more esoteric like gift cards, or the ever-popular PayPal transactions. When done well, and with a real interest in safety, peer-to-peer Bitcoin trading can be performed quickly, and with little fuss.

The best way to protect yourself is to try to get to know the person or website with whom you are attempting to trade. Reputation is the name of the game when it comes to Bitcoin, so this should be where you put a great deal of focus. Before trading, research the person or website you are dealing with. What does the positive feedback say? Who is the positive feedback from? Are the positive reviews and feedback left by new accounts with few or no other comments or ratings? These are just some of the factors which traders need to keep in mind to stay safe when buying Bitcoins. As with in-person meetups, it is best to first understand exactly who it is you are dealing with. Scams among these types of trades can be common, especially when anonymity is involved. Common methods here include chargebacks for PayPal transactions, where a “buyer” is effectively taking back what they have paid, or the giving of gift cards which are empty, or worth only a fraction of what was decided upon.

Are In-Person Meetups a Good Idea?

The least common among the types of Bitcoin trading, and one which can be simultaneously safe and dangerous. In this scenario, the traders meet, one with cash the other with Bitcoins, and a simple exchange is made. As with any monetary trade, especially one dealing with high valuables, you should first ensure you know full well who you are dealing with. If you don’t know who they are then you can’t track them down if they rip you off or try to steal from you. This is also the reason why trading in public places is always a good idea, especially when security cameras can cover your back.

“Internet Security Padlock for VPN & Onli” (CC BY 2.0) by mikemacmarketing

While it is obvious that with your Bitcoins, trading is up to your own rules, we always push being safety over brashness. This brings us to our next point…

Too Good to be True

Just like in real life, when a Bitcoin deal seems too good to be true then it probably is. Scammers are incredibly adept at coming up with excuses as to why some sort of market shift or large-scale investment opportunity has allowed them to act in a way which benefits far more than is common. Just as in other transactions of fiat currency nature, you should be wary of these deals, and do as much research into the person or party involved as possible. Remember that every now and then attractive deals really can come along, but these tend to be far and away outnumbered by the fantastic-looking ones which are more inclined to scam you.

Scammers are usually clever, and usually patient. Remember what we have explained and keep a constant eye on your wallet and your trading partners. Some of the best scammers play the long game, so don’t assume that a one-time low-currency trade that went well is necessarily indicative of the way this person or exchange always acts. Diversify when possible, cover yourself when not, and you’ll be far more likely to ensure investment sticks with you in the long-term. 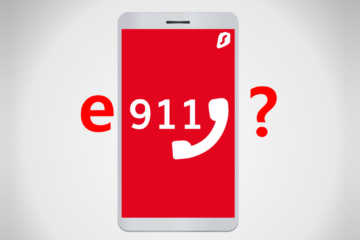