The Most Interesting Microsoft Technologies

Microsoft is one of those giant corporations that seems like it has existed forever. Indeed, the youngest generations today can’t recall the time Microsoft wasn’t around. Of course, during these several decades, the company has produced numerous interesting and memorable products. Although not all of them managed to hit the mark, many of those products were still revolutionary at the time. After all, Microsoft often took the role of a pioneer in this new technological era. Needless to say, it did pretty well at this task. To this day, Microsoft often comes up with unique and interesting technologies. Here are some examples of such historical developments. 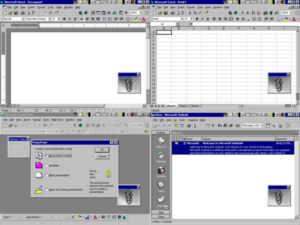 Microsoft Office is one of the most successful products of the given company. Ever since Microsoft Office was introduced, it has become the main work platform for offices and individuals. No modern student could escape a PowerPoint presentation assignment. Most essays are still written in Microsoft Word. Even if you say, “I normally do my homework online.” you are still familiar with the Microsoft Office products. It’s not surprising! Back in the day, those programs truly changed the way we did our documentation and content creation. Overall, this invention showed the world how much we could do with a computer and a few installed programs.

Internet Explorer may not sound too impressive to you now, sure. However, back in 1995, it instantly became a sensation. Explorer has been the main browser of choice for decades before more modern options came to replace it. However, the dominance of this browser didn’t happen only due to the lack of competition. On the contrary, Internet Explorer was beloved by many for its convenience, minimalistic appearance, and, of course, its functionality. Overall, Explorer became the first portal to the online world for many people around the globe. Even though it’s not among the most popular browsing options among the current generation, it’s still used by professionals. For example, Explorer is a perfect tool to access some old web pages. 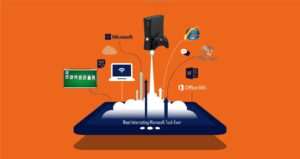 Microsoft was pretty slow in recognizing the powerful future of the gaming industry. Many tech companies have been working in this niche since the beginning of the 1980s. The success of gaming technologies, and consoles, in particular, made Microsoft act. In 2001, Microsoft introduced its first-ever console, Xbox. However, the market was already crowded, and players were quite spoiled with various console options. As a result, the first Xbox didn’t exactly make a big breakthrough.

It took four more years to develop improvements and better ideas. Though, it was worth it. Xbox 360, released in 2005, landed Microsoft a big win. Gamers all over the world were rushing to buy one of them. Microsoft chose not to compete directly with more popular gaming consoles at the time. Instead, Xbox 360 developed its own audience. Those were the gamers who wanted to indulge in longer, more elaborated online gaming experiences. They were ready to play for hours, exploring open-world games and competing with each other. Xbox 360 allowed it to happen. However, a part of its success was simply the fact that Xbox became the most recognizable American brand among all other international consoles.

Anyone born before the 2000s will instantly recognize the famous and beloved Windows 95. This technology was an absolute success, the peak of Microsoft’s creative ideas. In fact, this product was so well-designed that all the next versions of Windows were only enhancing and improving the product.

Its interface, in particular, was the one Microsoft refused to mess with too much. That interface became the business card of the company. Besides, there wasn’t much to change. That interface never caused any major criticism, not in the first decade of its existence, that’s for sure. Thus, everything from the start button to the taskbar remained more or less the same, even in the most recent versions.

Overall, Windows 95 stands for more than just being a successful piece of technology. For many, it, indeed, became the window from the real world to the digital one. This technology helped to connect people to the Internet. It already had built-in Internet support along with Internet Explorer. So, for the first time ever, millions of people went online. All thanks to Windows 95.

What? Microsoft Solitaire? Are you sure that it belongs to this list? Oh, yes, it does. Did you know that Solitaire was first invented to help new users adjust to a computer mouse? Indeed, most first working computers didn’t come with a mouse. So when this piece of technology was first introduced, many were intimidated by it. The mouse was supposed to make the user experience much easier and more efficient. Yet, people were having a hard time using it.

So, Microsoft introduced Solitaire. From then on, people were learning basic mouse actions and operations while playing. This solution was an ultimate success. It’s a perfect example of how simple ideas can solve complicated issues.