What is the difference between Stop and Shutdown in Azure? It depends on what you want to do but if you are done with the VM for a while, you likely want to STOP the Azure VM.

The two ways most admins “shutdown” virtual machines is they way they always have, by RDP’ing to the VM, logging in, right clicking on the START button and selecting SHUTDOWN. Shutting down the OS will do just that, but it will not stop Azure from holding resources like CPU and dynamic IP addresses. As such Microsoft will keep billing you for the resources and that can get expensive over time or if you have many VM’s.

Stop, on the other hand does two things:

The difference between Stopped and Stopped (Deallocated) is how the the machine was shutdown and if you are still paying. 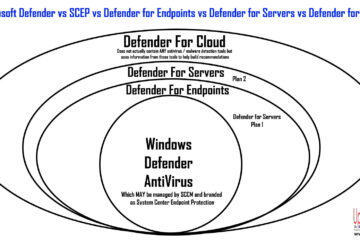 The name “Microsoft Defender” has gone from relating to an mediocre integrated antivirus program to being a brand for a large suite of security products. In this article we focus on Microsoft Defender products that Read more… 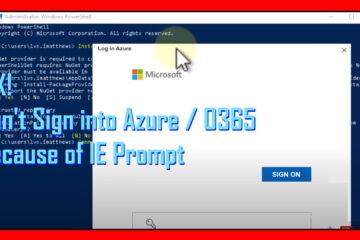 If you are trying to log into Azure but being prompted for credentials in an Internet Explorer popup, this is the fix for you. In this video we demonstrate how PowerShell launches Internet Explorer even Read more…